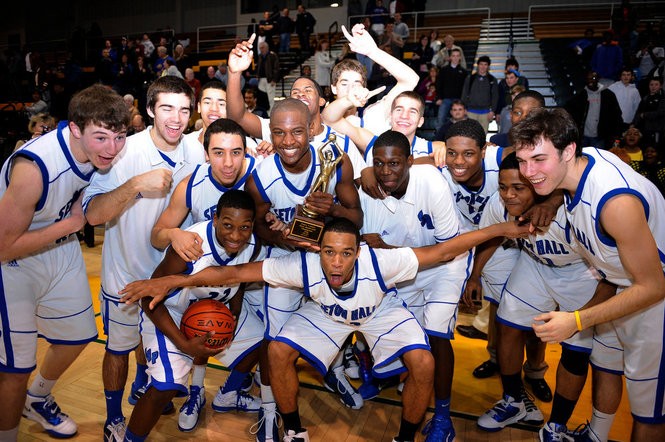 NEW YORK – Schools Chancellor Richard A. Carranza today announced the pilot launch of the Public Schools Athletic League (PSAL) All-Access program, which aims to expand access to sports teams for high school students across New York City. The pilot is beginning in the spring 2019 season at 26 schools across the Bronx, Brooklyn and Manhattan serving approximately 8,500 students. The pilot adds 19 teams citywide and students at the participating schools now have access to twice as many sports teams in Spring 2019 compared to last spring.

“When students have access to sports, they’re more motivated, focused and successful in and out of the classroom. Every student should be able to play on a competitive sports team, no matter where they go to school,” said Schools Chancellor Richard A. Carranza. “This pilot is a critical step in the right direction, and we’ll be closely monitoring its impact as we develop a citywide plan.”

As part of the pilot, 23 high schools are taking part in a “Shared Teams Model,” in which students from neighboring schools come together to play as one team. Students have access to brand-new teams at their home schools, as well as existing and new teams at neighboring schools. Every school in the pilot has access to an average of five teams for the spring semester. The schools in the Shared Teams Model are in Community School District 1 in Manhattan, Districts 9 and 12 in the Bronx, and Districts 23 and 32 in Brooklyn. Sixteen new teams were added across these districts for the spring season.

The DOE is also piloting an “Individual Access Model,” in which students at three additional schools can participate on a team on an individual basis on select teams at a nearby school that currently offers that sport. Three new teams are being added as part of the Individual Access Model. In total, there are 19 new teams across New York City for the spring semester.

Throughout the spring semester, PSAL is closely monitoring and evaluating the success of the pilot to determine next steps. They will meet with students, families, school leaders, Athletic Directors, and other key stakeholders to gather feedback as well as qualitative and quantitative data that will inform a citywide plan.

“Having been a PSAL football coach at Erasmus Hall earlier in my career, as well as having taught at a small Manhattan high school with less than 200 students and no access to PSAL sports, I have always thought that the shared model would be the most equitable model for all New York City students,” said Principal Matthew Willie, University Neighborhood High School.  “When Superintendent Orlen and Executive Superintendent Rosales approached me about University Neighborhood High School being a part of the pilot, I jumped at the chance in order to provide my students greater access to the sports they enjoy. UNHS is excited to be a part of the pilot this spring!”

“Access to individual and team sports is critical to improving equity of access, mental and physical health, and team-building,” said Brooklyn Borough President Eric L. Adams. “I applaud Chancellor Carranza for heeding the advice of sports advocates as well as repeated calls from elected officials, myself included, to do more to connect PSAL programs to each other and to schools that are interested in providing sports programming. This pilot is a good step toward removing historical barriers to student access for sports teams in underserved communities throughout Brooklyn and New York City.”

“A shared teams model is common sense, and it’s going to have a wonderful impact on my school community,” said Annette Fiorentino, Principal of Bronx Latin High School. “Through this pilot, my students are excited to be a part of the PSAL and have access to multiple teams this season.”

“As a student of NYC public schools from kindergarten through high school, having access to sports like track and field and football was invaluable to my development as a student, later as an undergraduate at Penn State, and ultimately as a man,” said State Senator Kevin Parker. “Athletics were an added incentive for me to go to school every day, as I was a part of something special – a student team.  I applaud Chancellor Carranza for identifying what our children need to succeed, and having the determination and courage to fix it.”

The schools participating in the Shared Teams Model are:

Sumayya Mokit, a senior at The Young Women’s Leadership School …

Summer is only a few weeks away, and in New York, …