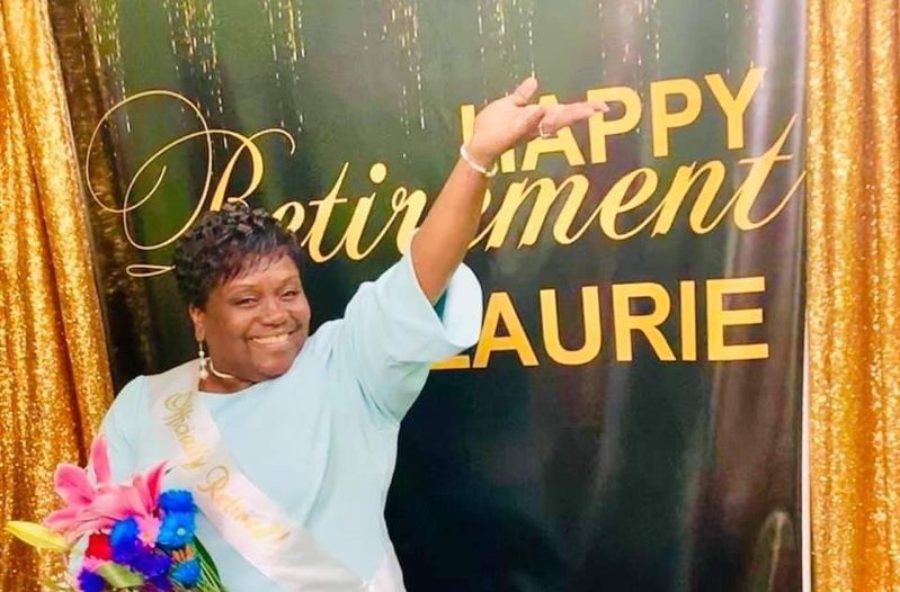 Retirement was more of a pull than push for Laurie Kingsberry. At 58, she would have happily gone on working, she said. But as a new grandmother, she didn’t want the time she spent with her granddaughter to be limited by the academic calendar.

This transition marks a major change for Kingsberry, who has been part of New York City public schools for almost all of her life — first as a student in Manhattan and Queens and then as a teacher and a parent in Brooklyn. Most recently she served as a coach at the United Federation of Teachers’ Teacher Center, the union’s professional development arm, which is run in partnership with the New York City and New York State education departments.

To send off Kingsberry, her colleagues organized three retirement parties, inviting many of her former students, including one who drove nearly 1,000 miles to be there.

Kingsberry mostly taught middle school mathematics, but her 35-year career was not defined by — or limited to — that subject matter. A lover of the arts, she helped start choral groups at three different schools. And a problem-solver by nature, Kingsberry tapped into “the power of the pen,” to develop school programs that weren’t otherwise in the budget. “If someone told me I couldn’t have something, I would say, “Is there a grant I can write so I can make it happen?” she said.

In a recent interview, Kingsberry described what some of these grants funded, and discussed common misconceptions that veteran teachers have about newer ones — and vice versa.

This interview has been edited for length and clarity.

What made you start teaching in the first place?

I was raised in Harlem, on 115th Street and Third Avenue, directly across the street from P.S. 57. Very early, I had a joy for learning — my mom still talks about it. I had such great teachers like Ms. Randolph, who taught my kindergarten class. She was always well-prepared. I remember her smelling good and looking good, and I remember saying, “I want to be just like her.”

For most of your career, though, you taught middle school math — not kindergarten. What compelled you to become a math teacher?

Growing up, mathematics was a struggle for me, but the struggle made me more determined to figure it out. I also have a strong artistic edge, and I tried to merge that interest into my work. One time we were learning about slope, about geometric figures, about the strength of a triangle, and we had the children build bridges — drawing to a certain scale and then building them using materials like toothpicks and gumdrops. Those 3D bridges, they came out beautifully. It’s one thing to learn the characteristics of geometric shapes, and it’s another thing to teach young people about the roles they play in our lives.

Who and what helped you persist during difficult times?

Strong school leaders, especially principals and my assigned “buddy” teachers who modeled effective teaching skills. They allowed me to tap into my other skills and talents. I am a math teacher, but I did choral music in middle school and high school, and I helped start choirs at three different New York City schools where I worked. The kids were really fantastic, and it really brought the community together. It’s so important to find out who your colleagues are on a personal level, so you can see their other gifts and talents and how to bring them forth into the school.

One other thing that helped was that I became familiar with the power of the pen. If someone told me I couldn’t have something, I would say, “Is there a grant I can write so I can make it happen?” This work lets both students and parents know our allegiance to the work we are trying to do. Once when we lost two or three students to violent death, we came to the principal and said, “We know we need to teach academics, but we also have to touch the hearts and souls of the kids who are hurting.” We were awarded a crisis intervention grant — $250,000 over three years, and we did workshops for parents and children to teach them about alternatives to violence. Another time, I helped a colleague write a grant proposal, and we were able to start an afterschool interdisciplinary arts program.

After all these years, why did you decide to retire now?

Could I have worked a few more years? Absolutely, but my first grandchild, a granddaughter named Ryann, was born two months ago. I want to be able to spend time and help shape and mold her life. She lives with her parents in Atlanta, and I want to be able to go when I want and stay as long as I want.

As you leave teaching, what’s one thing you won’t miss about your job?

The commute. I live about 21 miles from the central office, which is near the World Trade Center. Before that, I have always lived about 20-25 miles from the schools where I taught. Up until six years ago, I would drive in every day — always thinking about alternate side of the street parking. More recently, it was a mix of commuter trains, crowded subways, and driving to the 11 different sites where I coached teachers.

And what’s one thing you will miss?

My amazing colleagues. My retirement decision came because I am a new grandmother. I remember the day I told my colleagues that my daughter was expecting, there was a lot of celebration, emails, and texts. And when I retired in June, they organized three major celebrations. There were colleagues and students from when I first started teaching. Many of the people in the room are doing amazing things now. A student I taught about 30 years ago drove up from Jacksonville, Florida, to be there. I’m telling you, I was stunned. Our hug, it felt like it lasted five minutes, and when we stepped aside the entire room was in tears.

Reflecting on your long career, what advice would you give to teachers who are just starting out?

“The learning is in the struggle” — for both teachers and students. I learned about the work of [the developmental psychologist] Howard Gardner, who taught about multiple types of intelligence and the different ways people learn. I realized that the reason some of our students struggle is that we need more tools in our teaching toolkits, that we may need to teach outside of our comfort zones. Teachers can get more comfortable doing that through planning and coaching, by looking at tapes of themselves and analyzing the work they are doing.

My two kids initially started in Montessori schools, but when I reflected on the work I was doing in New York City public schools, I decided I wanted them in public school. I was in the PTA through their high school years. We, as parents, think that because our kids are older, we can step away a bit, but it’s actually the opposite. This is the time to put the time in. I always made sure that they were in different activities that kept them thriving, and it paid off for both of them.

If you had it to do all over again, would you choose a career in teaching?

Yes, and to this day I encourage people to choose a career in teaching. I love the profession and know that there are educators in the field ready to take teaching and learning to the next level. I think collaboration among veteran teachers and new teachers is so important. Sometimes I hear generalizations about “veteran teachers,” and I’ll say, “That’s not who I am.” And sometimes more experienced teachers assume that new teachers, who, for example, have taught me a lot about digital tools, know nothing. I always try to honor what other people bring to the table, and I try to make sure they are honoring what I bring to the table.